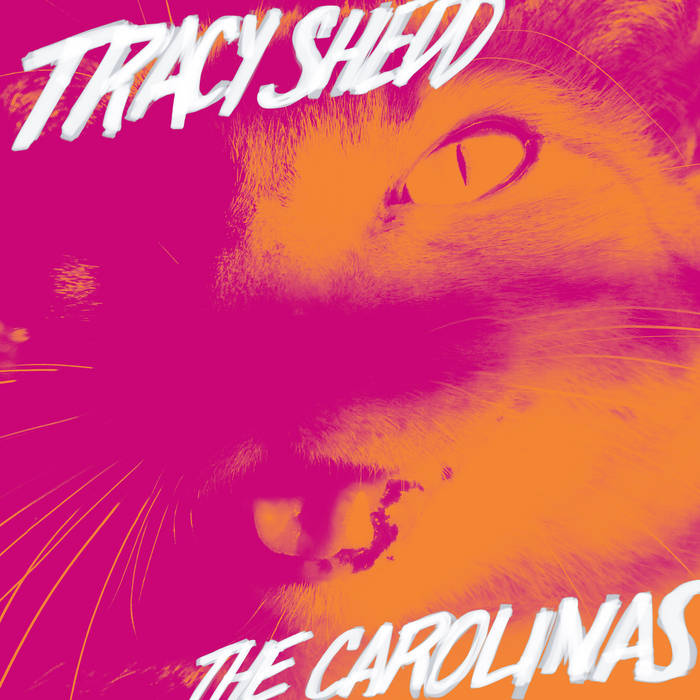 steveinsocal "...if this isn't the most perfect of indie-pop albums, I’m frankly not sure what is... Shades of melodic 80s post-punk; resplendent with hooks a plenty, swirling synths and au-point harmonious vocals which at times reminds me of Birdie and Debsey Wykes... Indeed, just the sort of album to lead you to visit the artist's back catalogue..."

Tracy Shedd believes creativity is a necessity of life, and our surroundings should inspire us. Since 1999, she has crafted melodic, heartfelt compositions that encourage people to make the most out of every moment. Shedd is an indie rock musician who has released six studio albums with Teen-Beat, New Granada Records, Devil In The Woods, and Science Project Records / Fort Lowell Records, licensed music to Dawson’s Creek, One Tree Hill, The Fosters, and “The Rebound” (ft. Catherine Zeta-Jones), performed at venues like CBGB, The Florida Theatre, plus festivals such as CMJ and SXSW, and has shared the stage with artists like Cyndi Lauper, Cat Power, Iron & Wine, The Magnetic Fields, and David J (Bauhaus, Love & Rockets); not to mention Steve Shelley of Sonic Youth played drums for her during a US tour.

The Carolinas (vinyl: Science Project Records / digital: Fort Lowell Records) is Shedd’s latest full-length recording, and most playful, yet proficient, album to date. It is an engaging collection of ten straightforward tracks that showcase the always welcomed insightful wisdom of Shedd’s lyrics and is chock-full-of pop hooks plus bass heavy beats that will make you “get up up on the dance floor” (oh, Nelly). Shedd had one goal in mind when she set out to record The Carolinas: to compel others to have fun and enjoy life; and The Carolinas does just that.

In March 2016, Shedd and husband (of 2000), James Tritten, performing as Band & The Beat (an electronic side project, separate of ‘Tracy Shedd’), met Nicolas Jenkins (infinitikiss, Grace Joyner, Valley Maker) in Charleston SC. Immediately recognizing Jenkins’ artistry, modesty, and intellect through his own music, Shedd invited Jenkins to join her and Tritten at their recording studio in Raleigh NC to create The Carolinas. The couple had relocated to North Carolina, a state they declared in 1993 would someday become their home, in August 2013 from Tucson AZ when Tritten accepted a job as Venue Manager at The Cat’s Cradle in Carrboro NC. Most of The Carolinas was performed, recorded, and produced in August 2017 by Shedd, Tritten, and Jenkins during a six-day session in their bungalow nestled in Umstead Park.

To set the stage for the musical gathering, Shedd first used albums such as Madonna’s self-titled debut release and Stereolab’s Dots and Loops as catalysts, then comprised a setting of creative freedom for the trio, relinquishing her own inhibitions to the process, and inviting Tritten and Jenkins to collaborate with her to individually produce each piece. The Carolinas is titled as such because it is a collection of songs that, while written by Shedd herself, were equally assembled by the wife and husband of North Carolina and new friend of South Carolina. Shedd and Tritten completed The Carolinas in their current home of Wilmington NC after they moved to the Port City in June 2018 upon finding a unique location to reposition their recording studio.

The Carolinas opens with “Catching the Breeze,” a rich indie pop gem that illustrates Shedd’s own determination, dedication, and devotion. “Holding On,” followed by “Free Love,” both reveal an introspective account of her own adorations that will have you singing aloud on the dance floor. While snowboarding in West Virginia, musical cohorts Moyamoya confessed their personal Tinder realities to her, and thus “Tinder Heart” was born, documenting modern day love. “Letters,” Shedd’s favorite tune on The Carolinas, reminds us all how to appreciate those we cherish. The first single, “Kissing and Romancing,” with its sonic nod toward her heroes, My Bloody Valentine, overdrives a classic rock-n-roll melody about attraction through a Big Muff and wall of reverb. Proceeded by the capable ballad “The Rest Will Follow,” Shedd exemplifies her proficiency with meticulously orchestrated anthems that effectively motivate. “Santa Fe” continues her signature groove-plus-guidance one-two combo, urging perspective for fortitude, whereas in the ninth round on “Good Times” Shedd reveals simply how she continues to carry on. Finally, “4:00 A.M.” wraps up The Carolinas with an infectious rhythm and implication to not give up; a familiar theme throughout the composer's career.

With The Carolinas, Tracy Shedd delivers a no holds barred impressive album packed full of gusto. Fresh and prevailing, The Carolinas compliments Shedd’s discography, exhibiting her mastery and aptitude as a musician and songwriter, yet maintaining her own tradition; all while extending a gratifying, melodic supply of crisp inspiration.

Tracy Shedd believes creativity is a necessity of life, and our surroundings should inspire us. Since 1999, she has crafted melodic, heartfelt compositions that encourage people to make the most out of every moment. Shedd is an indie rock musician.

Bandcamp Daily  your guide to the world of Bandcamp

Featuring Gary Bartz, 5 years of Rhythm Section Intl and an LP of the week by Nicolas Jaar